You are here: Home » Healing » An unexpected Healing 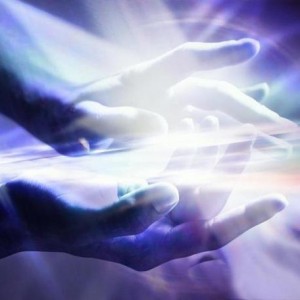 I thought I was to be healed of M.E. but God had a better idea.

When I was 33 years old I fell ill with a mysterious illness called M.E. sometimes known as Chronic Fatigue Syndrome (CFS). Slowly year by year I could do less and less until I became completely bed-bound. I was ill for a total of 20 years. At first I was angry and questioned God as to “why me?” But as time passed God gave me a number of signs telling me that I was to endure this illness for the good of my soul and for His glory.

One of the greatest signs I was given, came to me in the early years of my illness when I asked the Lord for healing. At this stage, my illness was just two years in; I could still get out of the house but only for short periods.

Each week I would attend a Mass, I would make it a mid-week Mass as this was a shorter service and it was all I could manage. I had asked the Priest ahead of time if I could have a healing Mass and he agreed. He said we will have the normal service and then afterwards he would pray for my healing along with any of the congregation who wished to stay.

Around this time I had also been having a lot of toothache, for the past 6 months I had experienced some pain and discomfort because a tooth at the side of my mouth had broken in half, split down the middle. This had left a large gap where food would keep getting stuck and causing toothache. I did not wish to go to the dentist as I understood that adrenaline was used in the injections and this was bad for people with M.E. On top of that, I just was not well enough to get to the dentist. I used to stop the toothache by flossing and keeping the broken tooth clean.

On the day of the healing Mass, I remember that I woke up with the usual ME pain and weakness and some toothache on top. As I drove to Mass, just down the bottom of our road. I had the feeling that I was about to ask God for something that He did not want to give me – at that time. I had a strong impulse that God wanted me to endure this illness for a little longer, but I had no idea that it would be another 18 years before my trial would be over.

I said a prayer of submission to God’s will; I offered up my sufferings and told the Lord that I would continue to do so if healing was not His will for me. Then I asked God for a little favour: in a light-hearted manner I said to God, “Please Lord, I will bear this ME if it is not Your will to heal me today, but please get rid of this toothache – it is driving me up the wall!”

After Mass the Priest prayed for me along with others, as he laid his hands on my head I felt a tingling sensation and believed something was happening, however, as I drove home I knew I still had my ME and the toothache.

When I got home I was exhausted as usual and went to bed for a sleep. An hour later I woke up with a funny taste in my mouth and the feeling that someone’s hand had been in my mouth. With a little ache in my jaw I went to the bathroom to floss my tooth as usual, but as I tried I found I could not get the floss between my teeth. I looked in the mirror to see why and there before my eyes was a shiny, new silver filling. I could not believe my eyes as I began to shake with excitement. I had to look again and again, and yes the floss would not fit because the hole had been filled!

I never had toothache again. But it was not the lack of toothache, nor the silver filling, that left a lasting impression on me, but simply the knowledge that God was in control and my illness, my M.E. was willed by God for a purpose. The M.E. went on and on. I had the illness for 20 years in total, for 13 of those years I was bed-bound. I suffered a great deal but there was always that knowledge that the God who healed my broken tooth could just as easily healed my M.E. In the end I found a Therapy that helped me with my illness and went on to make a full recovery. Many blessings came out of that period of ill health: My faith, this website, new friends, I could go on and on, but the greatest blessing was my deep and lasting relationship with Jesus. You see it was not just my tooth that was healed by God but my soul also.

This entry was posted in Healing and tagged conversion, healing, M.E., miracles. Bookmark the permalink.

3 Responses to An unexpected Healing