You are here: Home » Parables and Stories » A Repaid Trust – Even dangerous men are capable of responding to an act of love!

A Repaid Trust – Even dangerous men are capable of responding to an act of love! 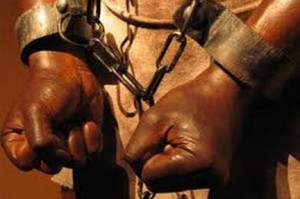 When Salvation Army officer Shaw saw the three men before him, tears sprang to his eyes. Shaw was a medical missionary who had just arrived in India. The Salvation Army was taking over the leper colony where he had been assigned. The three men before him had manacles and fetters binding their hands and feet, cutting into their diseased flesh. Captain Shaw turned to the guard and said, “Please unfasten the chains.”
“It isn’t safe,” the guard protested. “These men are dangerous criminals as well as lepers!”
“I’ll be responsible,” Captain Shaw said. “They are suffering enough.” He then reached out, took the keys, knelt, tenderly removed the shackles from the men, and treated their bleeding ankles and wrists.
About two weeks later, Shaw had to make an overnight trip. He dreaded leaving his wife and child alone. The words of the guards came back to him regarding the safety of his family. When Shaw’s wife went to the front door in the morning she was not alone, she was startled to see the three criminals lying on her steps. One of them explained, “We know the doctor go. We stay here all night so no harm come to you.”
Even dangerous men are capable of responding to an act of love!

This entry was posted in Parables and Stories and tagged faith, stories, trust. Bookmark the permalink.