You are here: Home » Amazing But True » The Rosary, a powerful weapon against the devil

The Rosary, a powerful weapon against the devil 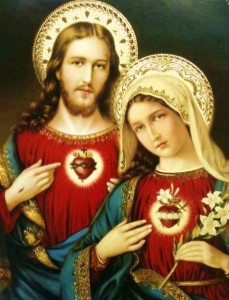 The first “Hail Mary” was brought from Heaven
by Gabriel the Archangel, the messenger of Holy Trinity

The following text of Father Gabriel Amorth, chief exorcist of the Vatican, is taken from the March-April, 2003 issue of “Echo of Mary, Queen of Peace”:
The recent Apostolic Letter of John Paul II, “Rosarium Virginis Mariae” (released last October 16) encourages all Christians to turn back to the prayer strongly recommended both by the latest Pontiffs and recent Marian apparitions. Paul VI called the Rosary a compendium of the Gospel. To make it more complete, John Paul II added the ‘mysteries of light’ to cover Jesus’ public life. Padre Pio called the Rosary beads a weapon of extraordinary power against Satan.
One day a colleague of mine heard the devil say during an exorcism: “Every Hail Mary is like a blow on my head. If Christians knew how powerful the Rosary was, it would be my end.” The secret that makes this prayer so effective is that the Rosary is both prayer and meditation. It is addressed to the Father, to the Blessed Virgin, and to the Holy Trinity, and is a meditation centred on Christ.
Today more than ever, the world is in need of prayer and meditation. It is in need of prayer because people have forgotten God, and without God the world has put itself on the edge of a precipice. This is why in Her messages, Our Lady insists so much on prayer. Without God’s help, Satan wins. The world is also in need of meditation because if the great Christian truths are forgotten, souls become void. This void is grabbed up by the enemy, and he fills it with his lies. And today we see the results with widespread belief in superstition and occultism.
The most obvious danger for our society today is the downfall of the family. The rhythm of today’s world has broken the family unity. Little time is spent together, and even when the family is together, its members don’t speak because the television speaks. Where are the families which recite the Rosary together in the evenings? Pope Pius XII insisted in his own time: “If you pray the Rosary together, you will experience peace in your families; you will get on together.” “The family that prays together, stays together,” would say Father Peyton, the untiring apostle of the family Rosary. “Satan wants war,” Mary said one day in Medjugorje. Well, the Rosary is the weapon which is able to guarantee peace for the world, because it is a prayer and a form of meditation able to transform hearts and defeat the enemy.

Protected by the Rosary

The following inspiring episode from World War II, written by Sr. Mary Sheila O’Neil and reported in the October-December, 1979 issue of Garabandal Magazine (P.O. Box 606 Lindenhurst, New York 11757 USA) also illustrates the power of the Rosary:
It was a busy day in March. As a teacher-principal in the 1950’s, I had to make sure that each day provided the time for the two separate roles. On that March fourth, an incident between a teacher and a parent had kept me out of my class for almost an hour that morning, so for the rest of the day, I was desperately trying to make up class time. Hence, the knock on my door at 2:00 p.m. was not welcome.
With relief, I found it was only a salesman who needed my signature and even produced his pen. As he did so, his Rosary had caught onto the pen’s clip and came out as well. I signed as I said indifferently, “So, you are a Catholic.” “Oh no,” he said, “but a lot of us owe our lives to Our Lady, and I promised Her I would always keep my Rosary with me and say it every day.”
Twenty minutes later, I was still at the door listening, fascinated, to the account of one of the wonderful experiences a group of airmen had had with Our Lady. My visitor hesitated to start, for he had noticed my “non-welcome” opening of the door. But eager now to hear his story, I assured him that the class was doing an exercise, and I begged him to proceed. He continued:
It was May, 1940, and we had joined the Air Force in late September. At Halifax, we were given an intensive training course, because they needed us overseas, and to us young lads, the whole program was exciting.
We were grouped into squadrons, each of which consisted of six to ten planes, and each was trained to manoeuvre as a unit. Therefore about thirty to fifty men made up a squadron, along with the squadron leader who gave all the orders and kept the group functioning in unity.
In May, our squadron was told we were going overseas and would be in action at once. We would work on nightly missions over enemy territory until the war was over. We were waiting for our new squadron leader, due to arrive in two days on a 9:00 p.m. air-force flight. Being an officer, he would, we thought, go at once to the officers’ quarters.
We watched the plane, glimpsed him from the distance, and resigned ourselves to waiting until the next day to “size him up.” A couple of hours later, this squadron leader, Stan Fulton, in full uniform, entered our bunk house.
“Well men, we’re going to spend some dangerous hours together, but let’s hope we all meet back here when it’s over. Ah, there’s a free bunk and I am tired! I’ll meet each of you tomorrow.”
With that, he threw his bag on an upper bunk. Our squadron leader, an officer, sleeping here with us! We liked him at once and our liking and our admiration grew each day.
That first night he knelt on the floor and prayed his Rosary in silence. Astounded, we were struck dumb. When he finished, he looked at us with his friendly smile and said, “I hope you guys don’t mind a fellow saying some prayers because where we’re going, we’re going to need them.”
The next day our manoeuvre practice, under his command, assured us that Fulton was not just our military leader, but our friend. He was one of us; he never tried to intimidate us with his rank.
That night, he repeated his prayer session. Although our group had trained together for six months at least, I had never seen anyone kneel in prayer, and had no idea that any of our group was Catholic; but the third night three of our companions joined Fulton in saying the Rosary. The rest of us did not understand but we kept a respectful silence.
A few nights later — we were quick learners — we all answered the Hail Marys and Our Fathers. Fulton looked pleased, and thus we ended each day in prayer.
On June 1, 1940, we were to leave Halifax to begin a series of night raids from England over Germany. The evening before, Fulton gave each of us a Rosary.
“We shall be in some tight situations, but then, if you agree, we’ll say the Rosary. If you will promise to keep the Rosary with you always throughout your life and to say it, I can promise you that Our Lady will bring you all back safe to Canada.”
We answered, “Sure thing.” Little did we dream we would be in action for four years, many times in dreadful danger with fire all around us. At such times, Fulton’s voice would ring through each plane, “Hail Mary…” How reverently and sincerely did we respond! How many hundreds of Rosaries we must have said.
After two years, it was noted that ours was the only squadron that had not lost a plane nor a single life. We said nothing, but we knew.
Finally, the terrible war was over. During those years, we lost all sense of excitement and adventure. All that concerned us was survival! We did survive, too. All returned to Canada in 1945, fully convinced that Our Lady had taken care of us.
So I never forget to keep my Rosary with me and say it every day although I am not a Catholic. When I change my trousers, the first thing I transfer, even before my wallet, is my rosary.

This article was published in the May-June-July, 2003 issue of “Michael”.

This entry was posted in Amazing But True and tagged miracles, prayer, Rosary, stories. Bookmark the permalink.

2 Responses to The Rosary, a powerful weapon against the devil