You are here: Home » Parables and Stories » Someone is Waiting – A story of Dying

Someone is Waiting – A story of Dying 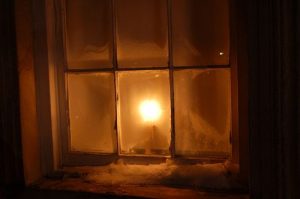 John Todd was born in Rutledge, Vermont into a family of several children. They later moved to the village of Killingsworth back in the early 1800s. And there, at a very early age, John’s mother and father both died, and he was left without parents.

The relatives wondered what they would do with the number of children, how they could parcel them out to friends and relatives. One dear and loving aunt said she would take little John. The aunt sent a horse and a slave to get John who was only six at the time. The slave, named Caesar, came and put the little boy on the back of the horse. On the way back an endearing conversation takes place:
John: Will she be there?
Caesar: Oh, yes, she’ll be there waiting up for you.
John: Will I like living with her?
Caesar: My son, you fall into good hands.
John: Will she love me?
Caesar: Ah, she has a big heart.
John: Will I have my own room? Will she let me have a puppy?
Caesar: She’s got everything all set, son. I think she has some surprises too.
John: Do you think she’ll go to bed before we get there?
Caesar: Oh no! She’ll be sure to wait up for you. You’ll see when we get out of these woods. You’ll see her candle shining in the window.”

When they got to the clearing, sure enough, there she was standing in the doorway with a candle in the window. She reached down, kissed him and said, “ Son, Welcome home!” She fed him supper, took him to his room and waited until he fell asleep. John Todd experienced “GRACE” – A free gift from God. John Todd grew up to be The Rev. Dr. John Todd, great minister of the Gospel. But it was there at his aunt’s home, with her as his new mother, that he grew up. It was always a place of enchantment because of his aunt; it awed him that such a place of replacement and transformation existed. She had given him a glimpse of Grace, God’s free and unmerited Grace.

Years later, long after John Todd had moved away, his Aunt wrote to say her own death was near. Her health was failing and she wondered what was to become of her. This is what John Todd wrote her:

“My Dear Aunt, Years ago I left a house of death not knowing where I was to go, whether anyone cared, whether it was the end of me. The ride was long but the slave encouraged me. Finally, he pointed out your candle to me and there we were in the yard, and there you stood embracing me and taking me by the hand into my own room that you had made up. After all these years I can’t believe it, how you did all that for me; I was expected; I felt safe in that room, so welcomed. It was my room.

Now it’s your turn to go, I’m writing to let you know, someone is waiting up, your room is ready, the light is on, the door is open, don’t worry, Auntie, you’re expected! I know. I once saw God standing in your doorway – long ago!”

This entry was posted in Parables and Stories and tagged Dying, Grace, stories. Bookmark the permalink.