You are here: Home » Power of Prayer » Saved by a Prayer and a Cloud

Saved by a Prayer and a Cloud 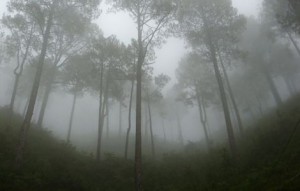 It was March 1945, I was 24 years old and a member of the US Army. We were making our way through dense woods in the German Rhineland. Our objective was to reach and take the town of Ossenburg where a factory was producing products of war.

We approached a large stone house behind which huddled a handful of wounded bleeding soldiers who had tried to cross a clearing but had failed. Before us stretched out 200 yards of open ground bordered on the far side by thicker woods. As the first of us appeared on the edge of the clearing there was gunfire from a German machine gun. To cross the field meant suicide but we had no choice. I dropped to my knees, “God,” I pleaded desperately, “You have got to do something. Please do something.”

Moments later the order was given to advance, but just before I stepped out from cover, I glanced to the left, and I stopped and stared in amazement. A white cloud – a long fluffy white cloud – had appeared out of nowhere. It dropped from over the trees and covered the area we were to cross, the German line of fire was obscured. All of us bolted into the clearing and raced to the other side, the instant the last man reached safety the cloud vanished.

The enemy, apparently thinking we were still pinned down behind the stone house on the other side, must have radioed for artillery as moments later the stone building we had just hidden behind was blown to bits.

The cloud which had appeared from nowhere had saved our lives. Two weeks later, in eastern Germany a letter arrived from my mother back in Dallas. The letter contained words that sent a shiver down my spine. “Do you remember Mrs Tankersley from our church?” She said the Lord had awaken her the night before at 1am and told her ‘Spenser January is in serious trouble. Get up and pray for him!’ My mother went on to explain that Mrs Tankersley had interceded for me in prayer until 6am when she had to go to work. She told me that the last thing that she prayed for before getting of her knees was this, – here I paused to catch my breath – ‘Lord whatever danger Spenser is in, just cover him with a cloud!’

I sat there for a long time holding the letter in my trembling hands. My mind raced, quickly calculating. Yes, the day and the hours Mrs Tankersley would have indeed corresponded with the time we were approaching the clearing.

For the past 52 years I have gotten up early every morning to pray for others. I am convinced there is no substitute for the power of prayer and its ability to comfort and sustain others, even those facing the valley of the shadow of death.

This entry was posted in Power of Prayer and tagged Jesus, miracles, prayer. Bookmark the permalink.