You are here: Home » Healing » Miracle at Lourdes THE REMARKABLE STORY OF JOHN TRAYNOR

Miracle at Lourdes THE REMARKABLE STORY OF JOHN TRAYNOR 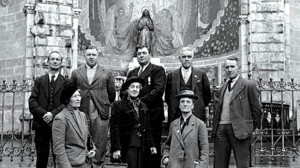 This entry was posted in Healing and tagged healing, Lourdes, miracles, Rosary, visions. Bookmark the permalink.