You are here: Home » Parables and Stories » A good deed is never lost

A good deed is never lost 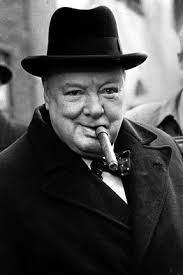 In the late nineteenth century, a Member of Parliament travelled to Scotland to make a speech. He travelled to Edinburgh by train and then took a carriage southward to his destination. The carriage however became mired in mud. A Scottish farm boy came to the rescue with a team of horses and pulled the carriage loose. The politician asked the boy how much he owed him. ‘Nothing’ the lad replied. ‘Are your sure?’ the politician pressed, but the boy declined payment. ‘Well, is there anything I can do for you? What do you want to be when you grow up?’ The boy responded, ‘A doctor’. The aristocratic Englishman offered to help the young Scot go to university, and he followed through on his pledge. More than half a century later, Winston Churchill lay dangerously ill with pneumonia – stricken while attending a wartime conference in Morocco. A new ‘wonder drug’ was administered to him, a drug called penicillin that had been discovered by Sir Alexander Fleming. Fleming was the young Scottish lad once befriended. And his benefactor? Randolph Churchill, Winston’s father! Sometimes the good that you do may very well come back to you in the form of the miracle you need.

This entry was posted in Parables and Stories and tagged charity, Encouragement, stories. Bookmark the permalink.